David Kinnear leads a team of financial professionals who work closely with ultra-high-net-worth business owners, entrepreneurs and executives. David and his team help these individuals and their families grow, protect and transition their wealth.

From an early age, David understood how investing in human and financial capital could create opportunities and empower individuals. Before earning his bachelor’s degree at Bucknell University, David Kinnear started his first large scale business venture as a franchise owner with College Pro Painters, employing over 20 painters each summer. The founding of Kinnear Painting paid for David’s college education, provided the down payment for his first real estate investment, and funded his Master of Business Administration (MBA) degree from the Booth School of Business at The University of Chicago.

David’s experiences as a student, entrepreneur, investor and advisor have provided him with a unique understanding of the intricacies of human behavior.  His personal interests include the psychological factors that influence our relationships and the decisions we make.

After he graduated from college in 1990, David Kinnear worked for Procter & Gamble and progressed to the leadership of a multifunctional team servicing The Dutch Company, Ahold. The broad business exposure of this assignment led him to pursue an MBA with concentrations in Finance and Behavioral Organization.

He began his career at Morgan Stanley’s Private Wealth Management Group as an intern in 1996 and continued there as a vice president until 2005. At Morgan Stanley, David built a reputation as a competent and trustworthy financial advisor and his work was highly regarded by Morgan Stanley clients and colleagues alike. In 2005, David Kinnear and his clients moved to UBS where he was a Senior Vice President, Private Wealth Advisor. He joined his current firm in 2012  where he leads and oversees his team. Information about David’s professional pursuits can be found in several national and local publications and his AngelList profile.

David Kinnear was ranked among Barron’s Top Financial Advisors in 2009, 2011, 2012, and 2014. Chicago Magazine recognizes David as a Five Star Wealth Manager and frequently appears on the Magazine’s list of Top 50 Financial Advisors in Chicago. David Kinnear lives with his family in Chicago’s Lincoln Park neighborhood. He and his wife,  Andrea, have two sons and a wirehaired pointing griffon. 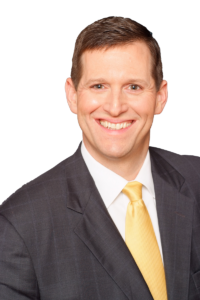